While Albert Bierstadt was once maligned in art circles for his “raw and excessive” style, he is now considered one of the most influential landscape painters in American history. His paintings have a distinctive touch on natural history and an unwavering eye for detail.

His use of colors was vast in scale and impactful to all audiences. Albert Bierstadt’s works possess a distinct romantic style that pervaded American art. This article will explore his life as an artist.

Bierstadt was born to Christina and Henry Bierstadt in Solingen, Germany. He was only a year old when his family moved to Massachusetts in 1831. As a youngster, he made crayon sketches and established a taste for art. By the time he was 21, he had begun oil painting.

Bierstadt studied painting for a few years when he returned to Germany in 1853. By 1858, he exhibited a large Swiss landscape at the National Academy of Design. The landscape in question earned him an honorary place and a lot of positive criticism.

By 1862, Bierstadt traveled to the West and made various large-scale paintings for his exhibitions. These paintings later recognized him as the painter of the West American landscape. The years he spent studying the European landscape were crucial for his later success. Albert Bierstadt painting captures the essence and spirit of the West. His 500 paintings are a reminder of times past, the beautiful landscapes, and the rich colors of nature.

This masterpiece is among the few produced during his tour to Europe. Albert Bierstadt’s works only improved as he spent time under the mentorship of Emanuel Leutze, a German-American painter specializing in historical paintings.

The painting of Staubbach falls shows a forested valley with a waterfall on the right and snowy mountains in the background. The mountains in question are none other than the Swiss Alps and are a great depiction of nature’s admiration in Albert Bierstadt’s art.

The work shows the influence Düsseldorf had on him. Düsseldorf artists focused on dramatic and romantic details in landscapes, as seen in Bierstadt’s work.

Critics use the term “luminism” for the light highlighting the beautiful scenery. Furthermore, the painting is very popular with landscape painters, especially those from Hudson River School, conveying an idea of tranquility. Lastly, his inclusion of the native American tribe adds an exotic touch to the landscape. The inclusion serves as a reminder of their role in American history.

The Last of the Buffalo

Albert Bierstadt artwork “The Last of the Buffalo” marks a pivotal moment in his career. This particular piece was painted when his work was criticized and labeled old-fashioned. However, despite the setbacks, he presented the Western landscape of American flatlands and highlighted a controversial topic.

He portrayed Native Americans in loincloths mounted on horses, battling buffalos. The topic was highly controversial as buffalos were facing extinction at the time. Critics labeled this painting “a masterfully conceived fiction that addressed contemporary issues.” Despite being highly criticized for his “old-fashioned” ways, his work remains celebrated among landscape painters of all generations.

Albert Bierstadt’s work still influences many landscape painters today and depicts a true American spirit. Bierstadt captured the essence of nature in his works which often depicted expansive landscapes of vast, snowy mountain ranges and lush landscapes. However, his focus on unexplored Western America sets him apart from all other painters.

Even though his style fell out of favor long before he stopped painting, he remained an inspiration for others. Artists of the American Regionalism Movement in the 1930s showed their debt to the Hudson River School via their realistic and detailed work.

Moreover, he influenced several known names like Richard Woodville, Eastman Johnson, James Hart, and more. The US Postal Service issued 20 commemorative stamps in 1998 featuring The Last of the Buffalo from Albert Bierstadt’s work.

Albert Bierstadt was a painter whose name is synonymous with the American West. He created hundreds of oil paintings that remain revered to this day, many of which can be viewed worldwide at major galleries and historical institutions.

Albert Bierstadt’s work has inspired both contemporaries and future generations, and his paintings have become renowned as some of the finest works depicting American history and landscapes. 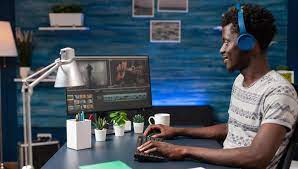 High-Income Career Opportunities in the Field of Video Editing 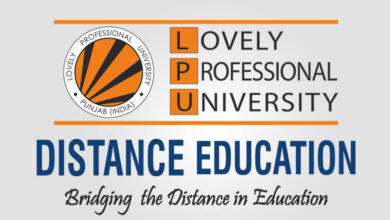 Get admission in IvyInstitute and know the advantages of MBA