Over the past few years, YouTube has made an enormous push toward a more diverse content lineup. In March of last year, Google announced its intent to reduce the amount of “restricted’ and “suggestive” search results that cater to narrow audiences. Over the next few months, this process would lead to video content being algorithmically separated from restricted text results — as well as other search engine algorithms as well. This change in how Google indexes video content also meant greater visibility for less popular sources of videos. This led to smaller publishers and niche channels being able to gain exposure in a way that was previously reserved for media corporations. Across all verticals, YouTube is addressing the lack of diversity within its user-generated content ecosystem by making changes both big and small. These changes have already started to have a noticeable effect on how people watch and engage with videos across different domains and niches on YouTube.

Google Is Focusing on Influencer Marketing

Last year, Google made a big push to encourage brands to work with YouTube influencers instead of relying on traditional TV advertising. The search engine giant partnered with several top-tier influencers and brands to sponsor major YouTube content creators. While these partnerships initially helped move the needle for brands and their products, the effort has now shifted toward more strategic influencer marketing strategies. Google’s recent focus on the influencer market seems to have been sparked by a major shift in the broader digital advertising industry. In recent years, digital advertising has shifted toward programmatic ad buying. This change has led many brands to move away from paying human ad sales representatives as they shift toward a “tech-first” mindset. This shift in brand attitudes has been reflected in major digital advertising platforms such as Google’s YouTube. As these platforms have evolved and become more automated, brands have started to choose digital platforms based on their ability to generate large amounts of ad impressions. This desire to generate large amounts of ad impressions may just be the push that Google needs to begin placing a greater emphasis on influencer marketing. YouTube is one of the most popular digital platforms for millennials, and the search engine giant has already begun working to improve the platform’s algorithm to boost the visibility of some of the platform’s most popular creators.

More YouTube Stars Are Being Paid To Engage With Brands

Over the past few years, YouTube has become the go-to destination for brands looking to launch their own branded content. With an estimated 300 hours of video being uploaded to YouTube every minute, it is quickly becoming the most popular place for people to find branded entertainment. As the platform has evolved, many of its most popular creators have started to receive branded content deals. The most high-profile example of this shift happened back in November 2016 when Logan Paul, a YouTube personality, was hired by the Hennessey beverage company to star in a sponsored video. While Paul’s video received significant attention from the press, the move also sparked a major backlash against the use of YouTube personalities in paid content. Other YouTube stars have been experiencing a similar revenue increase as they continue to partner with brands for sponsored video content. Some of the most popular YouTube channels on the platform such as Dude Perfect, Syrup, and Wayne Brady have been experiencing an increase in brand partnerships with sponsored content. The rise in branded content partnerships has led to an increased focus on paid-video advertising for many of YouTube’s most popular channels. To generate more revenue from these channels, many of which are owned by media companies, brands have started signing these celebrities to massive revenue-sharing deals. If you want to Buy YouTube Watch Time, you can use our platform SoNuker, which can boost the growth of your YouTube channel.

In March 2017, Google announced a new initiative designed to make it easier for brands to create video content for the YouTube platform. The “YouTube for Business” program allows marketers to create and share branded content through a new YouTube content creation platform. The program was first made available for the beta testing community in April 2017. Since then, it has expanded to include tens of thousands of users in more than 40 countries. The program is still in its early stages, but it is already starting to have an impact on the business world. The program also serves as a gateway for brands to create and upload their content onto YouTube. It is also an easy way for these brands to create branded content for distribution through Google’s advertising network.

Google Is Working on Improving the Platform’s Search Results

Over the past few years, YouTube has become a more prominent source of online video content. With the rise of online video, many people have also become more invested in finding the best content. While the platform has seen a significant increase in the number of videos being watched, the way that videos are ranked on the platform has remained largely unchanged. This has led to people searching for online video sources being served with a mix of spammy and low-quality content. In 2016 and 2017, Google started to make changes that are aimed at improving the flow of search engine results. This has included the recent separation of algorithmically-ranked videos from restricted text content. There are also signs that Google is working on improving the quality of YouTube’s search results. One of the biggest changes that Google is working on is the removal of YouTube’s “suggested for you” section in the search results.

Over the past few years, YouTube has become a major destination for children and teens in search of entertaining content. While this demographic is a large and valuable demographic for the platform, it also presents several challenges for content creators. By and large, these creators have been left to their own devices to create content that is age-appropriate for these audiences. To address some of these challenges, YouTube has been working on a redesign of its YouTube Kids platform. The goal of the redesign is to improve the way that the platform is curated, while also making it easier for creators to apply for a license to create content through the platform. The redesign is still in its early stages, but it is expected that the redesign will be rolled out to all registered YouTube Kids users within the next few months. Once the redesign is live, it is expected that it will make it easier for creators to apply for a YouTube Kids license through the platform.

The Future of Diversity on YouTube: A Look at What’s to Come

YouTube has made significant strides in recent years toward improving the representation of marginalized content creators in the platform’s content lineup. These efforts have included the beta testing of new algorithms that separate algorithmically-ranked video content from “restricted” text results. Google is also making a greater effort to work with marginalized creators who have been historically overlooked by the platform. This includes efforts like the YouTube for Business program and the YouTube Kids platform redesign. These efforts have led many people to believe that the search engine giant is making significant progress in addressing the lack of diversity within the online video ecosystem. While these changes are important, they are not the end-all solution to the problem. It will take more than just algorithm tweaks and the occasional redesign to address the diversity problem in online video content. 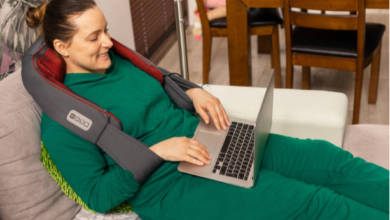 What Are The Benefits Of an Electric Neck Massager? 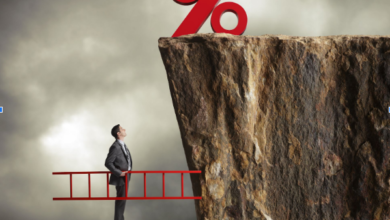 Best Marketing Strategies to Use to Boost Your Business

Customize your iPhone with these unique hacks